Woke up a bit anxious to walk in the mountains of Colorado with my oldest son, Erick. Will I be able to keep up? Probably not. But there may be Rocky Mountain sheep sighted, as we hunt for porcini, king boletus mushrooms, to pluck from the earth.

But no matter the speed with which we pursue the day, the day will be a journey. Journeys by nature are uncertain. All and every and any kind whether it be childhood, paths in the mountains or through vineyards, the unknown villages of adulthood, which has so many walks, trundles, scurryings, meanderings, and dartings -if dartings can be a noun for a few minutes- along the edge of the forest of your life. Until you come to a clearing. And then cross into another forest trail.

Now Erick would likely roll his eyes at such musings, as he is very direct and forthright and doesn't mince words often. He's a chef, so he does lots of other mincing to be sure. He's had his own journeys and meanderings in this life passage we share.

And what of the journey of the dear Saint for which this day is named? Have you ever heard of a hind? I had not till about oh, maybe a dozen years ago. Hind is the old name for a deer, a female deer. Now the King in Provence so believed in the work of St. Gilles that he sent a hind, to provide the hermit, Gilles, a means to sustain himself in the mountains. But I guess there was a general lack of communication and the King's hunting men spied the hind, drew their arrows and Gilles came out to protect her. Damn if the arrow didn't pierce the Saint's thigh, making him a bit less likely to take the long legged journeys in the mountains that he so enjoyed.


And as for our hike? It was a beautiful day on Shrine Mountain; Erick's backyard and he knows it well. As we sat on a long fallen tree for lunch, two mountain grouse flew overhead. We saw a plethora of mushrooms, its definitely the season. One other lady who was carrying a bulging bag, was picking another variety called Hawkwings.

It turned out to be not a keeping up kind of hike at all, but more of a climbing walk - talking, stopping and searching for the elusive porcini amongst so many others. he showed me a lean to he had built years ago during another mushroom hunt that came up empty handed. Even if we had found none, it wouldn't have mattered. I was, and I even believe we were both sustained as we trundled through an immense and sacred forest on Shrine Mountain.

The Journey not the destination.

I am taking the porcini we found back home to share. So I will post the recipe and dish then. But so as not to leave you hungry the below recipe and tale come from FEAST DAY COOKBOOK by KATHERINE BURTON & HELMUT RIPPERGER, David McKay Company, Inc., New York. 1951


In Spain the shepherds consider Saint Giles the protector of 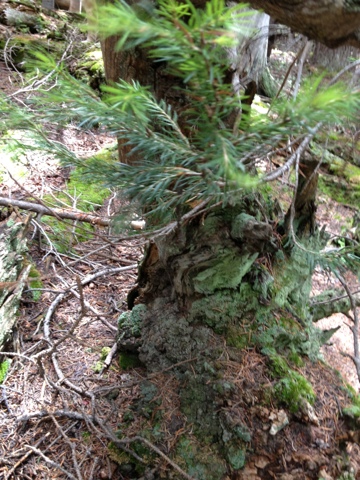 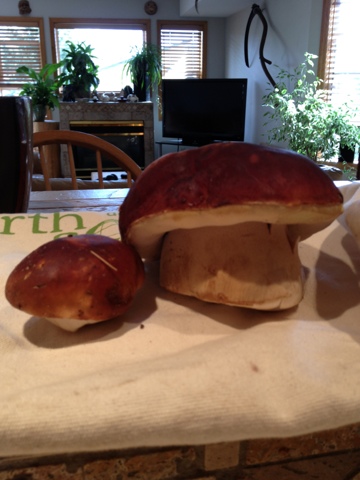 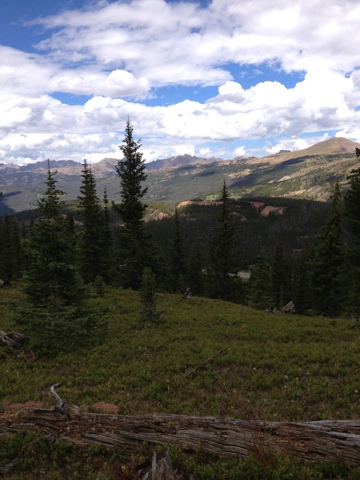 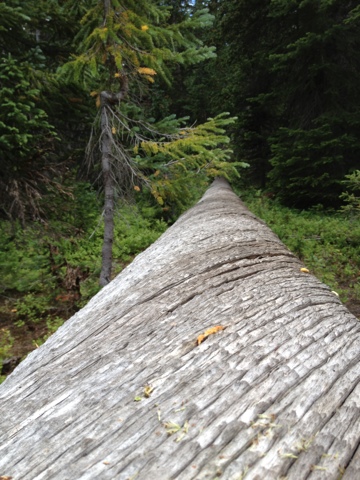 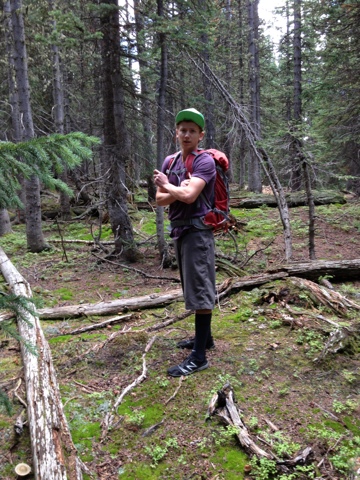 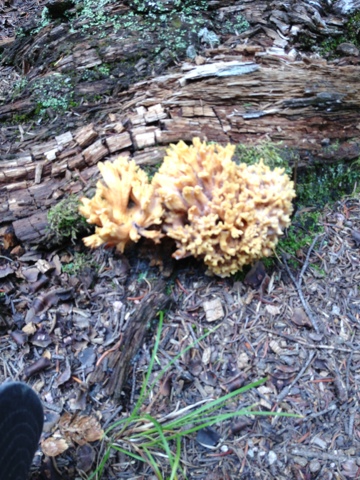 An Abundance of Coral Mushrooms 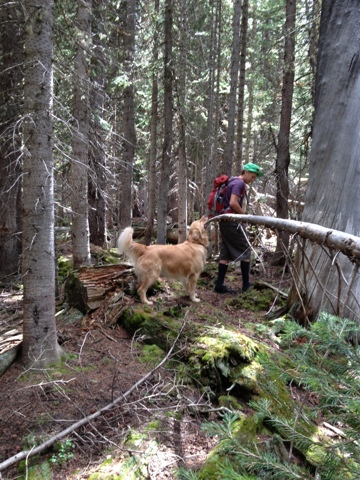 Odin with a Forest Toothpick